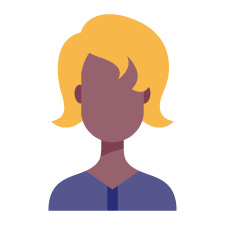 Irritable bowel syndrome (IBS), a disorder of the large intestine, affects up to 45 million people in the United States. It's typical for people with this digestive disorder to complain of stomach pain, as well as gas and bloating. Those with IBS also suffer with other digestive issues, such as constipation or diarrhea.

If you would like to know more about this digestive disorder, here are the answers to three frequently asked questions about IBS.

Some people with IBS may never know the cause of their condition. There are however, certain factors that increase a person's chances of getting IBS. One such factor is that the muscles along the walls of the intestine contract more strongly than normal. These unusually strong contractions might cause increased gas and diarrhea. In some instances, the muscle contractions are weaker than normal, which results in slower digestion and constipation.

Other factors that may contribute to IBS include stress, severe infections in the gastrointestinal tract, and abnormalities in the nervous system that weaken the signal from the brain to the intestines. Women, people with a family history of IBS, and those with certain mental health issues have an increased chance of developing IBS.

2. How Is IBS Diagnosed?

If a person experiences unexplained weight loss, rectal bleeding, changes in bowel movements, and/or diarrhea at night, they should see their doctor, as they might have IBS. Iron deficiency anemia and unexplained vomiting are other possible signs of this digestive disorder. If the doctor thinks IBS is causing these health issues, they may refer their patient to a gastroenterologist, which is a doctor that specializes in disorders of the gastrointestinal tract.

The gastroenterologist will take a complete medical history and may also order certain tests to help them make a proper diagnosis. Some of these tests might include a colonoscopy, blood test, stool sample, and upper GI endoscopy.

3. What Treatment Options Are Available for IBS?

People with IBS may need to either increase or decrease their fiber intake. Others might be able to relieve symptoms with a gluten-free diet or a low-fat diet. Other ways to relieve symptoms of IBS include prescription medications, stress relief, probiotics, and increased water intake.